Founded in 1804, The London Board for Shechita operates on behalf of the Spanish & Portuguese Jews’ Congregation, and The United Synagogues of Great Britain (in alphabetical order).

The Board has evolved into a streamlined service-provider, with the mission of providing a secure supply of kosher meat and poultry, at the lowest possible cost, at a high standard of kashrut and strict observance of all relevant UK and European legislation relating to environmental, health & safety and tax law. A registered Charity (Charity No. 1171869 and Company No. 10633799), the Board is a non-profit-making organisation.

The Board does not own any abattoirs nor does it deal or trade in meat. Instead, its expert Shechita services are provided to approved independent abattoir operators. The Board provides regular Shechita and Kashrut services at cattle and poultry abattoirs, offering a bespoke and keenly-priced service to its Licensees. The Board also licenses factories and retail butcher shops. The Board employs both full-time on site Mashgichim and Inspectors who check for the continuous integrity of processes. The Board caters for all sections of the Community in London and beyond with some licensees providing Glatt and others Chalak Bet Yosef meat.

Pre-packed kosher products bearing the Hechsher of the Board are available from non-licensed outlets but fresh meat and poultry cut to customers’ requirements over the counter is only available from licensed butcher shops. Consumers are reminded that it is always a good idea to check the validity of the Hechsher licensed by the Board. (Butchers must display their current up to date licences in their premises). The Board employs both full-time on site Mashgichim and Inspectors who check for the continuous integrity of processes.

The flow chart below describes some of the steps the LBS use to control its high standards of Kashrut and quality.

View / Download the chart: Integrity of the Supply Chain.

Registered with the Charity Commissioners (Charity No. 1171869 and Company No. 10633799), the Laws and Standing Orders of the Charitable Association known as The London Board for Shechita state:

“The object of the Association is to ensure the provision of Kosher meat and poultry for the Jewish Community in and around London and such other Jewish Communities as may wish to associate themselves with the Association. The Association shall achieve this by all such measures as may be deemed necessary including administering and managing Shechita (the Jewish religious humane method of animal slaughter for food), through training and employing such staff as are requisite for Shechita procedures, the supervision of meat and poultry processing, the sealing, monitoring and certification of these activities in accordance with the Shulchan Arukh (The Codes) and Halacha (Jewish religious and procedural Law following the Codes)”.

The organisation of communal Shechita in London was first conceived by the Spanish and Portuguese Congregation soon after the Resettlement in 1663 as being essential for adherents of traditional Judaism. From the mid-18th Century onward, both the Sephardim and the growing Ashkenazi communities were independently attempting different systems to ensure the reliability of Kashrut. The history of these times is charmingly recorded by the author Albert M Hyamson in his book “The London Board for Shechita 1804-1954” commissioned by the Board for its one hundred and fiftieth anniversary in 1954.

What became clear at the beginning of the 1800’s – as is transparent nowadays – was that the London community was not then large enough to afford the luxury of two organisations competing to provide the same services.

By 1804 the four main London Kehilot agreed “to co-operate together in adopting, and supporting a Plan for the better regulating (sic) the Shehita and more effectually securing Kashrut in the meat to be eaten by Jews under the sole direction of the Bet Din and Haham.”

In April of that year the London Board was officially constituted, with its aims set down most cogently in Law 1: “This Association” (hereinafter called “The Board”) shall be known as the “London Board for Shechita” and shall be the authority responsible for the administration of the affairs of Shechita, for London and such other Jewish Communities as may wish to associate themselves with the “Board”.

The London Board for Shechita continues to this day fulfilling its original purpose.

In 1953 the National Council of Shechita Boards was established, encompassing all UK shechita activities and joined in presenting a unified platform for the protection and defence of shechita. Nowadays it is a pro-active resource centre for the education of a wider public about the proper practice of humane slaughter, and is often consulted by Government departments and animal welfare organisations that are shown that Shechita is humane and is conducted by trained professionals to the best standards of practice.

With the continued influx of observant Jewish immigrants from the Continent during the 20th Century, and the growth of an Anglo-Jewish community firmly established throughout the United Kingdom, shechita boards sprang up in the provinces. But unlike the London Board, all evolved in the traditional way to serve the dual purpose of protecting local supplies and thereby also provide additional income to maintain the surrounding communal infrastructure. By far the largest organisation of its kind in the UK, the London Board even owned and operated abattoirs and wholesale outlets, right up until the latter half of the 20th Century.

For students of Halacha – Jewish Law in practice – it is interesting to note that the concept of Shechitat Chutz – prevention of cheap imports of meat – was developed to protect local sources of supply and, more importantly, revenue, as was the case with these small shechita boards. The London Board does not fully enjoy the shelter of this law since its revenue does not fund the community, but its Beth Din – the court of the Board’s Rabbinical Authority – will act to ensure long-term continuity of supply, so that both the price and availability of meat supplies are not adversely threatened by unfair competition.

The Halachic integrity of the Board’s Hechsher-Licence is enhanced by the unique and eminent composition of its Rabbinical Authority which is an extraordinary Beit Din (Rabbinical Court). 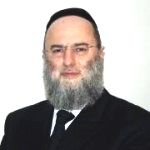 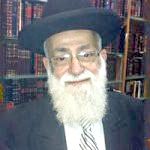 Under the Board’s Constitution all matters of Halacha and adjudication must be passed before its members; Dayan Gelley and Dayan David (pictured above) who are ultimately responsible for the Board’s finest standards of kashrut.

They work in unison with one another but wholly independently in every sense from the businesses licensed by the Board.

The Board’s lay administration is headed by an Honorary President, two Honorary Vice-Presidents and an Honorary Treasurer who report to the full Board comprising twenty-two members appointed by the constituent synagogal organisations.

They are served by the Secretary to the Board who is also the Chief Executive, responsible for the day-to-day conduct of the Board’s affairs.

In accordance with its written constitution, no member of the Board can be an employee of either the Board or the meat trade. Triennial elections are held for the election of the Treasurer, the members of the Licensing Committee and the delegates to the National Council of Shechita Boards. Annual audited accounts are approved by the Board Members and the Charity Commission.

We use cookies to ensure that we give you the best experience on our website. If you continue to use this site we will assume that you are happy with it.HIDERead more